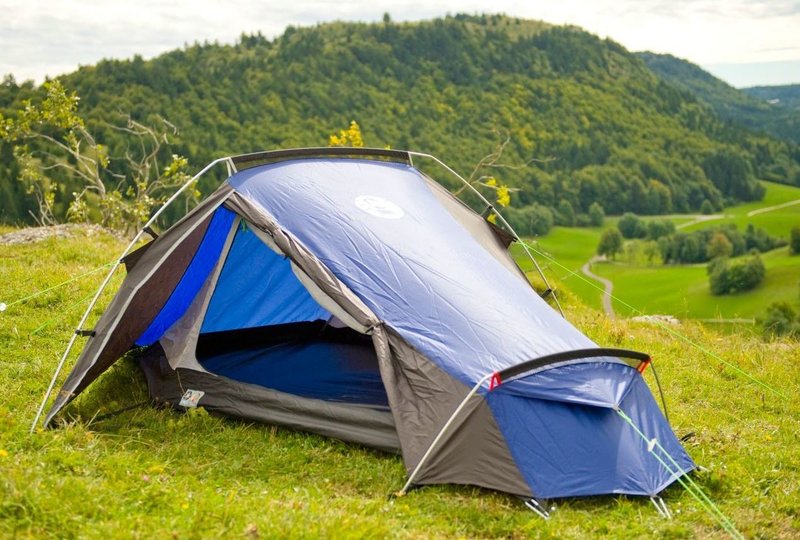 The Tent that Redefined our Adventuring.

A few years ago we came to a conclusion. Camping holidays are frustrating.  We would get together all the stuff we felt we needed, cram it into the car and drive for hours, kids squashed in like sardines to a campsite that had been booked months in advance and build a camp. Then we head off to explore and return every night to basecamp. Yes we had loads of fun but we seemed to spend so much time in the car that it got too much. No more car camping. (You can read more about our decision making here)

I managed to pick up two 3 man Coleman Cobra tents at a good price and they have had a really positive effect on our camping expeditions. The idea was to be more portable while we’re away and that has definitely happened. I bought 2 tents so initially Hazel and the little ones could share while Evan and I go into the second. When the kids get older they can share and husband and wife can be reunited. That was the plan.

The first time we took them out was just to the back of the Island (or the south coast if you prefer). We set up the first tent really quickly and immediately put the second one away. These tents were massive (for 3 man tents) so we decided to experiment. As it was only for one night we all piled in and we had plenty of room.

Since then we have only ever set up one tent at a time and it’s only now that the kids are three years older that it’s beginning to be a squeeze. The second tent lives in my backpack (inside a smaller stuff sack with poles strapped on the outside) for impromptu wild camps. We have even swapped the inner for a groundsheet in the summer if we know bugs won’t be an issue

So far these tents have kept us dry and warm (it went down to -8 last March) and I have every confidence that they will perform admirably when we hike the West Highland Way this Easter. The only slight issue we’ve experienced is that condensation can be an issue but I’m sure that’s only because there’s 5 of us in it, anyway when it’s dry we generally leave the doors open so I can doze off under the stars.

The tent did indeed perform well on our West Highland Way trip last Easter the only downside was the weight. After a couple of days I really felt every gram of the 2.9kg but in fairness it kept 5 people warm and dry in at times some horrendous weather and I think I’ll struggle to find a tent that sleeps 2 adults and 3 kids for much less weight unless I spend an obscene amount of money.

There were a couple of times when we had to hike longer to get to a campsite for the night because potential wildcamping spots in the trees were too small for the tent, but would have perfect if we’d carried a tarp as well.

All in all, we love our little blue tent but this will definitely be the last year we all cram into it because the kids are growing too quickly. Whether we look for an ultralight 4 man replacement or get an additional 2 man tent for the kids to share while we stay with the Coleman remains to be seen.