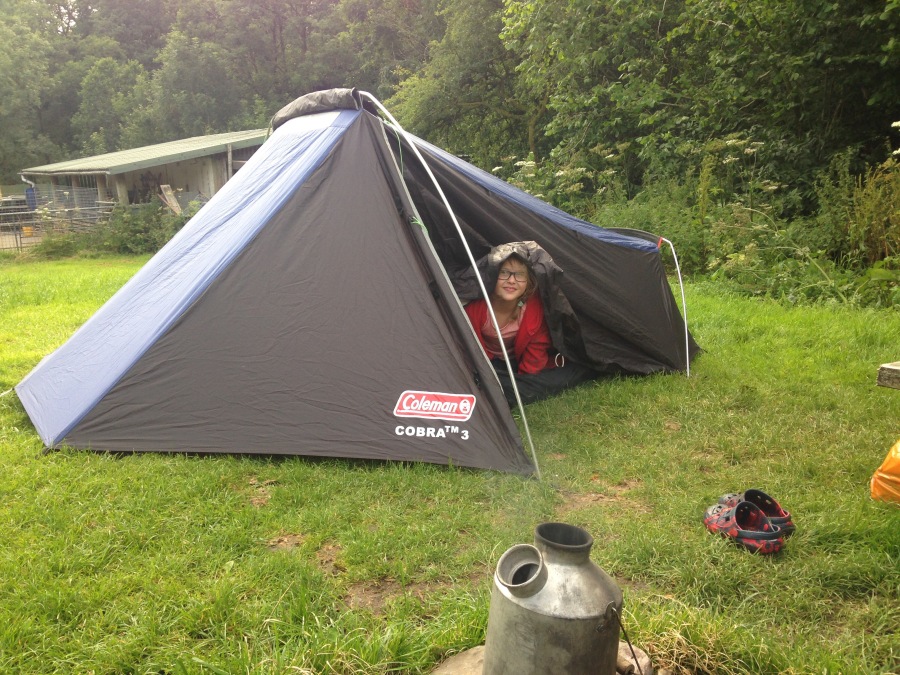 Previously posted separately from my phone in the little blue tent but now all parts together plus some thoughts on the trip as a whole.

After a quick visit to see the grandparents in the shire, we’ve crossed the border and are camping in the Brecon Beacons National Park.

We left around noon and headed for Brecon where the canal and a pair of Canadian Canoes waited for us. Now, I’ve not really paddled before apart from a little mess around at the beach but Hazel was pretty proficient in her youth so for once, she was our leader in this new adventure.

With Evan and I in one boat and Lil and Isa with their mum in the other we headed out along the water. It didn’t take long to get the hang of it but a brief lapse in concentration would often see the boat not quite facing the right way. 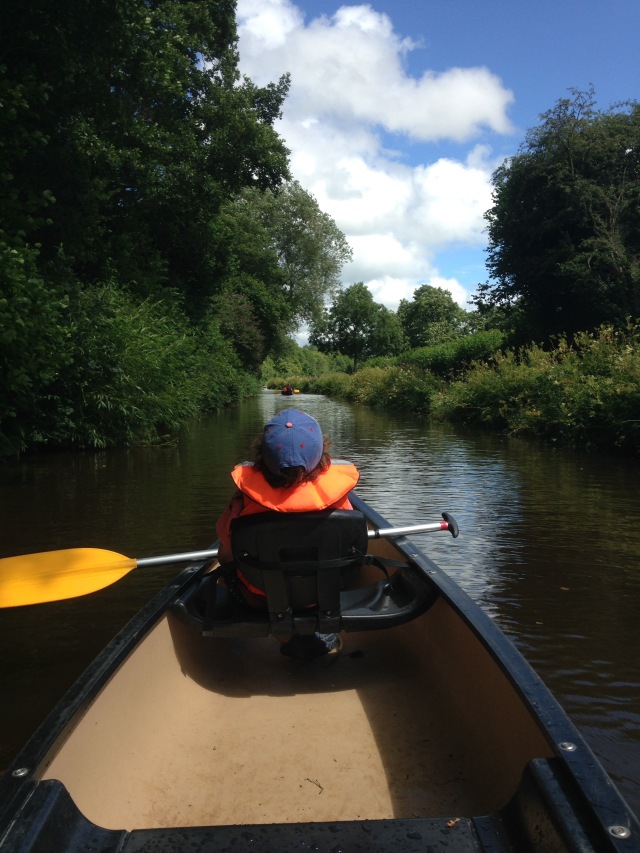 After picking blackberries from the bank and possibly scrumping a few early apples we finished the afternoon racing through the last few bridges back to the canal basin. Shoulders aching we headed for the play park and some doughnuts.

As I write (for the first time from the phone) we’re settling down in the famous old blue tent, at a lovely campsite in the national park. We’ve had noodles for tea and tomorrow we’re heading for Pen y fan and later on we’ll go looking for the bat cave. Apparently the Dark Knight was filmed nearby so I expect we’ll be chasing the Joker around the Brecon Beacons most of the evening.

Oh the rain! It was dry when we woke up, we had a porridge breakfast and headed into the mountains for Pen y Fan, Corn Du and Cribyn. However by the time we pulled into the car park at the bottom of the hill it was bloody awful. Now we’re not usually fair weather hikers but today we made an exception.

We headed off for the Four Falls Trail nearby, a nearly 6 mile loop which at times turned into some light scrambling (for us at least) and takes in, as suggested, four waterfalls. The weather improved for a moment as we hiked but then got steadily wetter and wetter but not as damp as we got when we managed to go behind the curtain of one of the falls, a first for the children and Hazel.

Later on we found another little hike to the waterfall which was in Batman Begins or the Dark Knight. Isaac was especially excited to find the entrance to the Bat Cave but he’s made me promise not to reveal the location incase the Joker reads Just up the trail.

Back at the campsite we’re the only ones left. I think everyone else has gone somewhere drier but we’re warm and cosy in our little blue tent.

It’s quiet up here. I’m sat on top of Pen Allt-mawr just above Cwmdu. It’s 8:45am and occasionally the sun is peaking through and lighting the valley below and its innumerable shades of green.

I’ve been selfish and come out on my own and left everyone else sleeping. Some of our family joined us yesterday and it’ll be great for the kids to play with their cousins later and for Hazel to spend time with her brother but sometimes I just need to climb a big hill.

I left camp and followed a footpath for a bit before jumping onto some sheep tracks. It was hard going but after an hour I’m here and very pleased with myself. A 700+m hill before breakfast can only be good for the soul. If I head back down now I might get some porridge, or I could just sit for 10 more minutes. 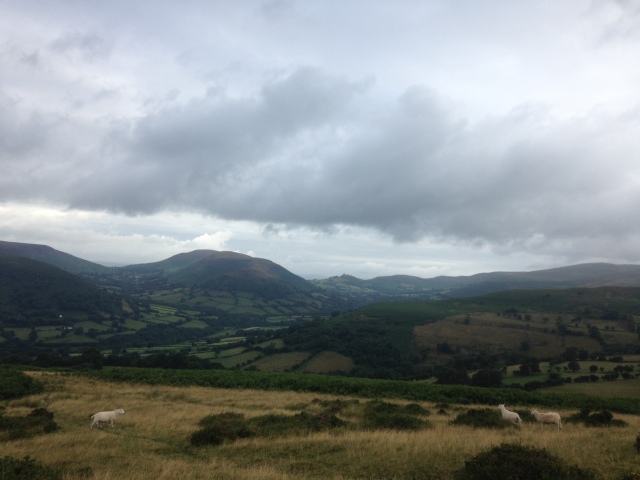 After getting back down to camp I found that there was no porridge. There was however, bacon and sausages so that was quickly devoured. As our companions were recovering from an epic charity hike in the Cotswolds the previous weekend we just went down to Crickhowell for a wander along the river and the canal. It was a nice gentle stroll which included a stop in the pub which was a real treat. We’re not really ones for pub stops, neither of us really drink and the kids aren’t fussed so I was slightly surprised to be called back after walking past the place without evening noticing its existence. The kids played nicely with their cousins and we managed about 6 miles of gentle riverside walking.

I feel we have unfinished business in the Beacons, we didn’t get up any sizeable hills together but hey, there’s always next time. We did go kayaking for the first time and the waterfalls were a real treat so we can’t complain. Considering the weather I think we made a really good fist of 3 days in the National Park.