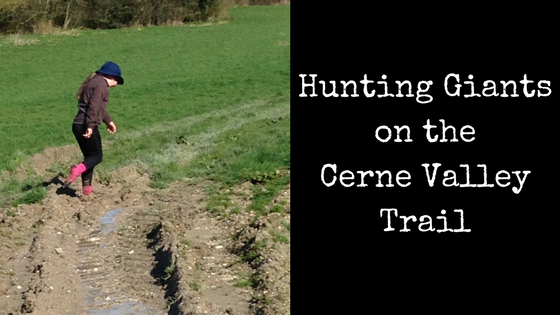 After the disappointment of our aborted Glyndwrs Way hike we relocated to Dorset for a couple of days. That didn’t quite go as planned either as the rain meant that every campsite we tried to stop in on the way down was either booked up or waterlogged. So instead of camping Wednesday night we had a choice, straight to the ferry and back to the Island, or crash at Gramps and Nana Julie’s place in Weymouth. We weren’t ready for home.

We decided on some light, gentle walking on the Cerne Valley Trail up to Cerne Abbas, about 4 1/2 miles. We told the kids to look out for something special without giving away the surprise of what we would encounter later and they spent ages guessing at what it might be, Evans guess of “an ancient statue” was pretty close.

We strolled along in the sunshine, free of our heavy packs from a few days earlier and played pooh sticks from the little bridge across the stream before we started to run into our old friend from Glyndwrs Way, MUD. To be honest it was expected around farm yards and gates but for about a mile or so the trail ran along a bridleway so you can imagine what horses had done to the track. Ahh, the joys of multiuse trails! I think every child lost a shoe in the mud at least twice and like a bad Dad I enjoyed stopping to take a photo of them hopping around before going to the rescue. Mud aside, it was a lovely little trail through proper English countryside, mostly alongside a sparkling stream, past farms, churches and allotments into the idyllic village of Cerne Abbas. 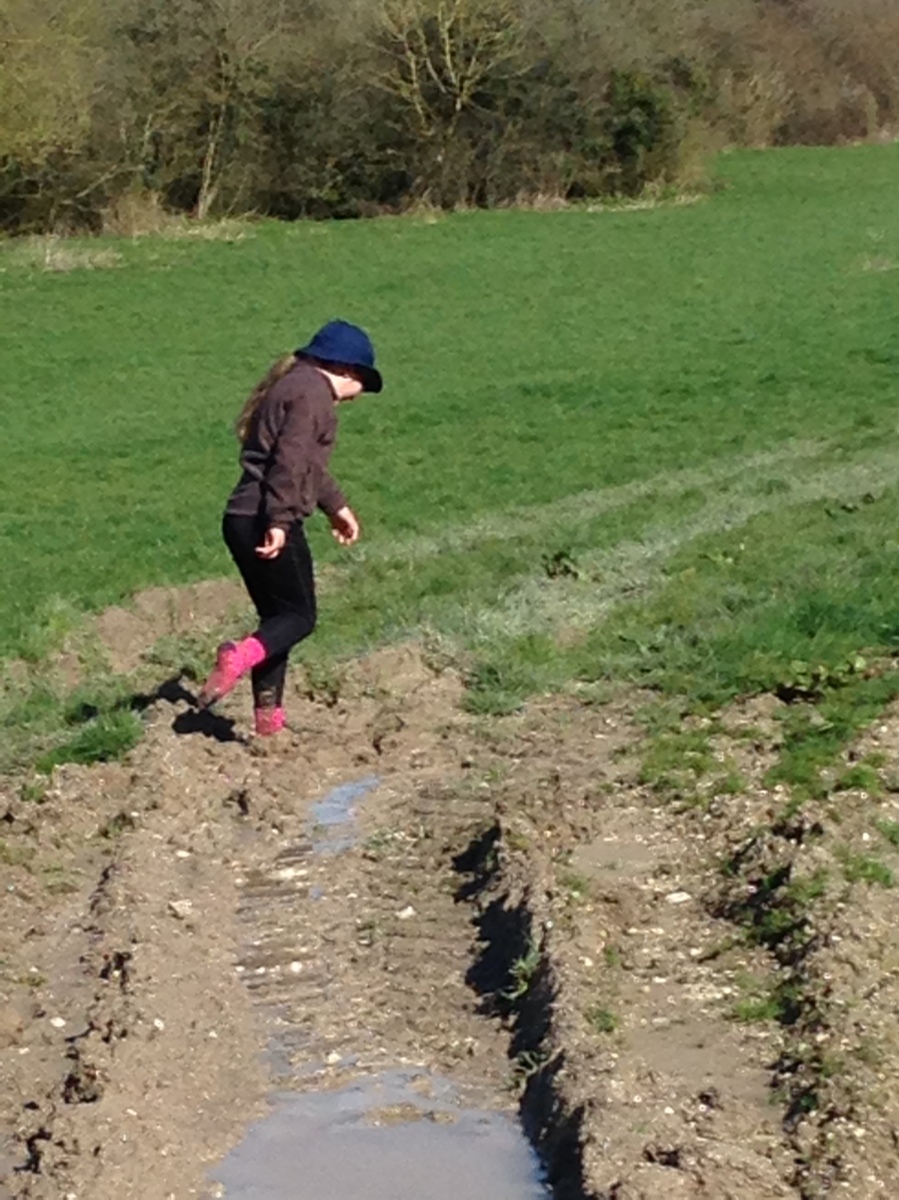 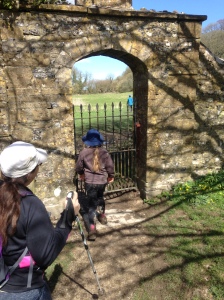 We made our way through the village, past the old abbey and on to “Giant Hill” with the kids none the wiser. Now we were up close and personal with one of Dorsets most famous residents but although we could easily make out the chalk markings in the turf it wasn’t until we hiked over to the other side of the valley that the kids could finally see what all the fuss was about. “It’s a man” said Lil before Isaac blurted out hysterically “And he’s got a massive willy!!!!”

So after “admiring” the view and enjoying a light picnic we headed back to the car, via the little post office for a can of ginger pop and the children’s all time favourite trail feature, a playpark.

For more photos head to the gallery or our Facebook Page for even more.